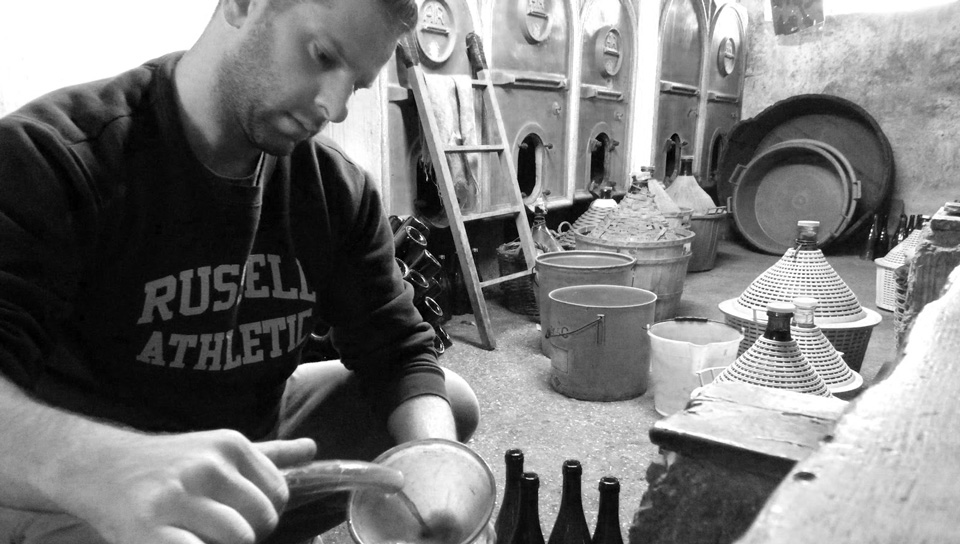 The project of winemaking though born from years of study, trial, error, discoveries, passion and hard work.

After a few years as car mechanic, a period in which I produced by passionate wine in small quantities finding in the garage of the house where this conduct my business, I landed, by suggesting the esteemed Angelo Peretti, the 2012 Wine Contest Garage Genoa where I finished in first place with my AKA, a Bardolino Chiaretto Classic Method.

At that moment the idea was born of Bigagnoli since 2012.

The way to accomplish this project would be far down, but I finally got the confirmation I was looking for some time and that gave me the strength and the confidence to succeed. So, despite the historic moment not just rosy for those who intend to start a business, I decided to throw in this wonderful adventure.

Obviously nothing is created from nothing, a base even the minimum you should have, and in my case this starting point was a vineyard owned by my father and my brother Joseph Raphael through which I began in the spring of 2012, personally follow the cultivation of the vine. Taking care of my little plot of land throughout the summer and the following autumn, I came up to the harvest, the first. Here came into play his friend Renato Corradini, without whose help the whole project would have run aground, Renato has allowed me to bring in tolling at his cellar my grapes and following up the whole process of transformation in wine .

Here I am with the first bottle in his hands, the starting point of a story to be written!

Latest from the blog